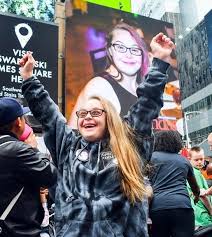 I’d like to tell you a story. It’s the tale of an amazingly talented young woman with a dream—and how she makes that dream a reality every day.

Meet Gabi Angelini. In many respects, she’s an average twenty-something living her life in Raleigh, North Carolina. She enjoys sports, music, good food, and hanging out with her friends (and she has a lot of them). She also has a great job, and she loves going to work every day. And on the days she’s not working, she’s usually out making new new friends all over the country.

But it wasn’t always like that for her. Gabi was born with Down syndrome, a rare chromosomal disorder that affects less that one percent of the population in the United States. As a result, there are some things she’s not able to do quite as easily as most of us. Don’t get me wrong—she can do just about everything the rest of us can do, and she does some things better than most (we call those “special abilities”). But I’m getting ahead of myself.

Once Gabi finished school, she did what most graduates do—she looked for a job. But she and her mother, Mary, were surprised to learn that, despite her many talents, there were very few local employers who were willing to hire her. Sadly, this is the story most people like Gabi hear when they apply for jobs: “We’re sorry, but we just don’t think you’d be able to do this kind of work.” Or they just don’t hear anything at all.

In Gabi’s case, she finally landed a part-time job at a local grocery store. But there were two problems. First, the manager barely gave her any hours. And second, she was only allowed to bag groceries. Now, don’t get me wrong—there’s nothing wrong with being a grocery bagger (I’ve done it myself). But Gabi didn’t want to just bag—she wanted to try her hand at other jobs in the store, like stocking shelves. But no one would give her a chance. I mean, all they had to do was give her a chance to prove herself! But, for whatever reason, they just weren’t willing to do it.

Let’s be honest—this is the part of the story where most of us would have just thrown up our hands and said, “Oh well. I guess this is just my life now.”

Remember I said that Gabi had a dream? Her dream was owning her own restaurant where she and people like her could work. One day she and Mary happened across a coffee shop that employed people just like Gabi. And it was amazing! The place ran smoothly, and the coffee was great. And, best of all, it was proof that Gabi didn’t have to wait for someone to hire her. With her mother’s help, she could start her own business and hire herself (and others like her who were also struggling)!

So Gabi and Mary started a nonprofit company—Gabi’s Grounds. And they worked hard to fulfill their original dream of opening a coffee shop that would not only serve great coffee, but that would serve the “special abilities” community by providing job opportunities.

Funny thing about dreams, though—the best ones never die, but they do have to change sometimes. In Gabi’s case, the COVID-19 pandemic really put a damper on the food-and-beverage industry, and opening a new cafe seemed almost impossible.

But, as you might have guessed, Gabi and Mary don’t know the meaning of the word “impossible.” Yes, the coffee shop might have to wait, but they realized that it was really only a means to an end. The real goal was to provide fun, well-paying jobs for Gabi and others with “special abilities.” And it just so happened that other companies were using the shared warehouse where Mary kept their supplies as a place to pack and ship their products.

“Somebody has to pack and ship that stuff, right?” Mary thought to herself. “Why not us?”

And, with that, Gabi’s Grounds shifted gears and became Gabi’s PALS (Packaging, Assembling, Labeling, and Shipping). Now, Gabi is the well-known face of a year-round business that employs over 40 people, and it’s still in its growth phase. The dream may not look exactly the same, but it’s still a dream fulfilled. And who knows? There may still be a Gabi’s Grounds coffee shop at some point in the future.

And lest you think this is just a short-term achievement, Gabi’s is about to celebrate its five-year anniversary. FIVE YEARS. Only about half the businesses in the country make it this far. I’d be willing to bet that some of the places that refused to hire Gabi or her coworkers are out of business today, and yet Gabi’s is going strong.

To celebrate, Gabi’s is partnering with Axes and Ales, a business started by two local firemen (and I hear Gabi loves firemen!). It features a firetruck-turned-party bus that will take the Gabi’s crew to four area fire stations to deliver coffee and hang out with the crews. They’ll also be playing games, singing karaoke, eating lots of food, and just generally having a blast.

So that’s Gabi’s story. She and her friends are an inspiration to us all.

When people tell you you can’t do something, just do what Gabi does—tell them they’re wrong.

And then prove them wrong. 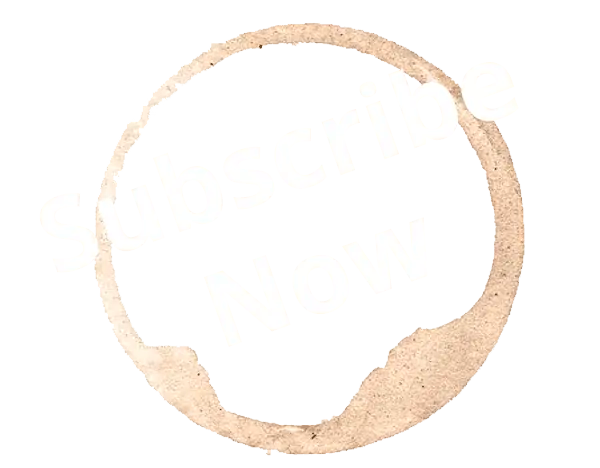